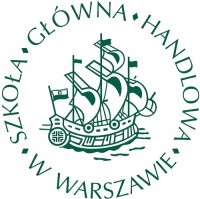 The Warsaw School of Economics (SGH) is the oldest public school of economics and management in Poland. It belongs to the leading economic universities in Central and Eastern Europe (founded in 1906). Traditionally, the SGH has always been a centre for scientific research in economics, thanks to highly skilled staff and well developed research facilities. SGH co-operates with over 150 universities in Europe and worldwide and takes part in research activities in co-operation with foreign centres.

The Institute of Statistics and Demography of SGH (ISiD) is a part of Collegium of Economic Analysis. Research of ISiD, both basic and applied, is focused first of all on household living conditions, poverty and inequality measurement, application of quantitative methods in monetary policy, methodology of statistical surveys, population change (especially on demographic developments in Europe), reforms of social policies to adapt to population and labour market changes. Members of the staff of WSE are active as experts for the European Commission, Council of Europe, Eurostat, ILO, UNDP, OECD, UNESCO, UN Statistical Division. The ISiD has conducted several household surveys. The main recent research projects include: "Social diagnosis. Social Effects of Reforms in Poland". The panel survey carried out in 2000, 2003, 2005, 2007 and 2009, National Programme Foresight "Poland 2020", Ministry of Science, 2007-2008. Job Instability and Changes in Family and Household Trends, how to cope with these challenges through occupational and social policy action based on a renewed Lisbon Strategy? (JIFT), financed by the European Commission and coordinated by Fondazione Giacomo Brodolini, 2006-2007. "The Insecure Perspectives of the Low Skilled in the Knowledge Society", (LoWER), carried out under The 6th Framework Programme, main coordinator Amsterdam Institute for Advanced Labour Studies, University of Amsterdam, 2004-2008. Network of experts in the fields of employment, social inclusion and gender equality issues, European Commission, Employment and Social Affairs DG, coordinated by the Victoria University of Manchester, 2004-2006. Reconciling Work and Welfare in Europe. RECWOWE Network of Excellence, carried out under the 6th Framework Programme, 2006-2011. "Strengthening Social Inclusion Process – Searching for compromise in order to reach Lisbon Strategy and Millennium Development Goals, European Commissions, Coordinated by UNDP-Poland. ISiD also conducted the first wave of Generation and Gender survey in Poland.

The partner is participating in the following Work Packages: